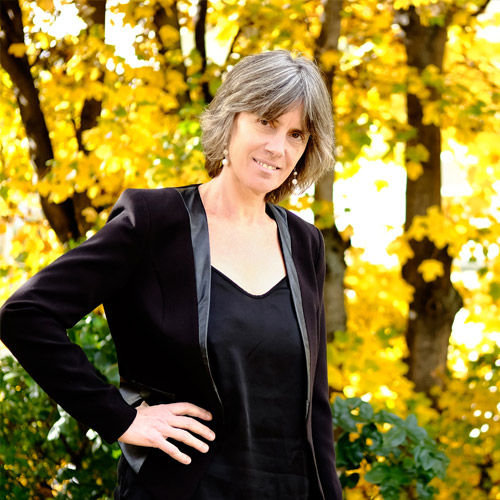 After graduating at the college in Brig, she studied music at the Hochschule der Künste in Bern with Heidi Péter-Indermühle. She completed her studies with a master in pedagogy and in orchestral music. After internships in the symphony orchestras of Bern and Biel, she completed her studies at the Sweelinck Conservatorium, the Conservatory in Amsterdam with Koos Verheul.

During 15 years she was flutist in the Orchestre Philharmonique Suisse. With this ensemble she played regularly at all major festivals in Switzerland, including the Lucerne Festival, the Menuhin Festival Gstaad, the Davos Festival, the Zurich Festival and the Murten Classics. She has played under conductors such as Charles Dutoit, Rudolf Barshai, Mario Venzago.

Her interest in chamber music is in crossover-style and interdisciplinary projects. With the Ensemble Vibration4 she realised the trilogy 'Vibrations Valaisannes', a multimedia project in which the ensemble takes up archaic themes from the Valais culture and combines them in a new context with contemporary music.

She is also enthusiastic about teaching. She is a flute teacher at the Valais Music School and conducts the flute orchestra flautando. She is co-founder and director of the Blattner Lager, a chamber music camp for children and teenagers in the Valais. For several years she has been leading chamber music courses at the music weeks in Arosa and Gommer Musikferien.