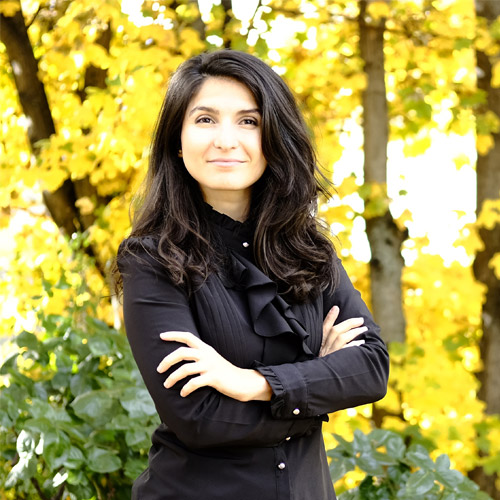 Rozalia Agadjanian began her musical studies in Moscow in piano, then joined the flute class at the Liadova music school. She then entered the Conservatory of Sion in the class of Jörg Lingenberg, then the Geneva University of Music under Jean-Claude Hermenjat where she obtained her Master's degree in pedagogy. Finally, she perfected her skills at the Haute Ecole de Musique de Lausanne in the class of Verena Bosshart, where she obtained a Master's degree in concert music and a Master's degree in orchestral music. Throughout her studies she has benefited from the teaching of José-Daniel Castellon, Barthold Kuijken, Maxence Larrieu and Emmanuel Pahud.

An active musician who is open to new horizons, she participates in many 20th century music projects in collaboration with composers such as Betsy Jolas, William Blank, Jonathan Harvey. She performs as a soloist with the Camerata de Lausanne conducted by Pierre Amoyal and with the Ensemble Symphonique Neuchâtel.

Principal flute at the Ensemble Symphonique Neuchâtel, Rozalia has a great interest in chamber music. She performs with several ensembles while remaining committed to teaching.